A key reason why American foreign debacles have been particularly destructive mostly to the countries attacked but also to the United States is that these interventions are always accompanied by major U.S. government investments in propaganda. So, even when officials recognize a misjudgment has been made, the propaganda machinery continues to grind on to prevent a timely reversal.

President George W. Bush announcing the start of his invasion of Iraq on March 19, 2003.

After all, once a foreign leader is demonized, it’s hard for a U.S. official to explain that the leader may not be all that bad or is at least better than the likely alternative. So, it’s not just that officials start believing their own propaganda, it’s that the propaganda takes on a life of its own and keeps the failed policy churning forward.

It’s a bit like the old story of the chicken that continues to run around with its head cut off. In the case of the U.S. government, the pro-war or pro-intervention “group think” continues to run amok even after wiser policymakers recognize the imperative to change course.

The reason for that dilemma is that so much money gets spread around to pay for the propaganda and so many careers are tethered to the storyline that it’s easier to let thousands of U.S. soldiers and foreign citizens die than to admit that the policy was built on distortions, propaganda and lies. That would be bad for one’s career.

And, because of the lag time required for contracts to be issued and the money to flow into the propaganda shops, the public case for the policy can outlive the belief that the policy makes sense.

Ideally, in a healthy democracy, skeptics both within the government and in the news media would play a key role in pointing out the flaws and weaknesses in the rationale for a conflict and would be rewarded for helping the leaders veer away from disaster. However, in the current U.S. establishment, such self-corrections don’t occur.

Russian President Vladimir Putin after the military parade on Red Square, May 9, 2016 Moscow. (Photo from: http://en.kremlin.ru)

A current example of this phenomenon is the promotion of the New Cold War with Russia with almost no thoughtful debate about the reasons for this growing hostility or its possible results, which include potential thermonuclear war that could end life on the planet.

Instead of engaging in a thorough discussion, the U.S. government and mainstream media have simply flooded the policymaking process with propaganda, some of it so crude that it would have embarrassed Joe McCarthy and the Old Cold Warriors.

Everything that Russia does is put in the most negative light with no space allowed for a rational examination of facts and motivations – except at a few independent-minded Internet sites.

Yet, as part of the effort to marginalize dissent about the New Cold War, the U.S. government, some of its related “non-governmental organizations,” mainstream media outlets, and large technology companies are now pushing a censorship project designed to silence the few Internet sites that have refused to march in lockstep.

I suppose that if one considers the trillions of dollars in tax dollars that the Military Industrial Complex stands to get from the New Cold War, the propaganda investment in shutting up a few critics is well worth it.

Today, this extraordinary censorship operation is being carried out under the banner of fighting “fake news.” But many of the targeted Web sites, including Consortiumnews.com, have represented some of the most responsible journalism on the Internet.

At Consortiumnews, our stories are consistently well-reported and well-documented, but we do show skepticism toward propaganda from the U.S. government or anywhere else.

For instance, Consortiumnews not only challenged President George W. Bush’s WMD claims regarding Iraq in 2002-2003 but we have reported on the dispute within the U.S. intelligence community about claims made by President Barack Obama and his senior aides regarding the 2013 sarin gas attack in Syria and the 2014 shoot-down of Malaysia Airlines Flight 17 over Ukraine.

In those two latter cases, Official Washington exploited the incidents as propaganda weapons to justify an escalation of tensions against the Syrian and Russian governments, much as the earlier Iraqi WMD claims were used to rally the American people to invade Iraq.

However, if you question the Official Story about who was responsible for the sarin gas attack outside Damascus on Aug. 21, 2013, after President Obama, Secretary of State John Kerry and the mainstream media pronounced the Syrian government guilty, you are guilty of “fake news.”

It doesn’t seem to matter that it’s been confirmed in a mainstream report by The Atlantic that Director of National Intelligence James Clapper advised President Obama that there was no “slam-dunk” evidence proving that the Syrian government was responsible. Nor does it matter that legendary investigative journalist Seymour Hersh has reported that his intelligence sources say the more likely culprit was Al Qaeda’s Nusra Front with help from Turkish intelligence.

By straying from the mainstream “group think” that accuses Syrian President Bashar al-Assad of crossing Obama’s “red line” on chemical weapons, you are opening yourself to retaliation as a “fake news” site.

Similarly, if you point out that the MH-17 investigation was put under the control of Ukraine’s unsavory SBU intelligence service, which not only has been accused by United Nations investigators of concealing torture but also has a mandate to protect Ukrainian government secrets, you also stand accused of disseminating “fake news.”

Apparently one of the factors that got Consortiumnews included on a new “black list” of some 200 Web sites was that I skeptically analyzed a report by the Joint Investigation Team (JIT) that while supposedly “Dutch-led” was really run by the SBU. I also noted that the JIT’s conclusion blaming Russia was marred by a selective reading of the SBU-supplied evidenceand by an illogical narrative. But the mainstream U.S. media uncritically hailed the JIT report, so to point out its glaring flaws made us guilty of committing “fake news” or disseminating “Russian propaganda.”

Presumably, if the hysteria about “fake news” had been raging in 2002-2003, then those of us who expressed skepticism about Iraq hiding WMD would have been forced to carry a special marking declaring us to be “Saddam apologists.”

Back then, everyone who was “important” in Washington had no doubt about Iraq’s WMD. Washington Post editorial page editor Fred Hiatt repeatedly stated the “fact” of Iraq’s hidden WMD as flat fact and mocked anyone who doubted the “group think.”

Yet, even after the U.S. government acknowledged that the WMD allegations were a myth – a classic and bloody case of “fake news” – almost no one who had pushed the fabrication was punished.

So, the “fake news” stigma didn’t apply to Hiatt and other mainstream journalists who actually did produce “fake news,” even though it led to the deaths of 4,500 U.S. soldiers and hundreds of thousands of Iraqis. To this day, Hiatt remains the Post’s editorial-page editor continuing to enforce “conventional wisdoms” and to disparage those who deviate.

Another painful example of letting propaganda – rather than facts and reason – guide U.S. foreign policy was the Vietnam War, which claimed the lives of some 58,000 U.S. soldiers and millions of Vietnamese.

The Vietnam War raged on for years after Defense Secretary Robert McNamara and even President Lyndon Johnson recognized the need to end it. Part of that was Richard Nixon’s treachery in going behind Johnson’s back to sabotage peace talks in 1968, but the smearing of anti-war dissidents as pro-communist traitors locked many officials into support for the war well after its futility became obvious. The propaganda developed its own momentum that resulted in many unnecessary deaths.

In the Internet era, there will now be new-age forms of censorship. Your Web site will be excluded from major search engines or electronically stamped with a warning about your unreliability. 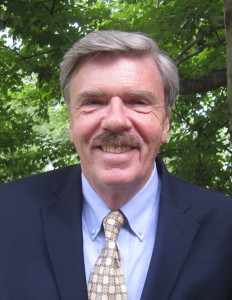 Your guilt will be judged by a panel of mainstream media outlets, including some partially funded by the U.S. government, or maybe by some anonymous group of alleged experts.

With the tens of millions of dollars now sloshing around Official Washington to pay for propaganda, lots of entrepreneurs will be lining up at the trough to do their part. Congress just approved another $160 million to combat “Russian propaganda,” which will apparently include U.S. news sites that question the case for the New Cold War.

Along with that money, the House voted 390-30 for the Intelligence Authorization Act with a Section 501 to create an Executive Branch “interagency committee to counter active measures by the Russian Federation to exert covert influence,” an invitation to expand the  McCarthyistic witch hunt already underway to intimidate independent Internet news sites and independent-minded Americans who question the latest round of U.S. government propaganda.

Even if a President Trump decides that these tensions with Russia are absurd and that the two countries can work together in the fight against terrorism and other international concerns, the financing of the New Cold War propaganda — and the pressure to conform to Official Washington’s  “group think” — will continue.

The well-funded drumbeat of anti-Russian propaganda will seek to limit Trump’s decision-making. After all, this New Cold War cash cow can be milked for years to come and nothing – not even the survival of the human species – is more important than that.

Investigative reporter Robert Parry broke many of the Iran-Contra stories for The Associated Press and Newsweek in the 1980s. You can buy his latest book, America’s Stolen Narrative, either in print here or as an e-book (from Amazon and barnesandnoble.com).