How are Afghan Women Eradicating Polio?

“I’ve been doing this job for over 13 years now. I’m married with two kids. I used to work in Mazar in different local clinics, and gradually got promoted to where I am today,” says Dr Fariba.

“I’m on the selection panel to find good polio workers, and I try to get qualified females to join, because it’s really important to have more women on this programme. Parents usually talk to women more openly and respectfully, which makes our work easier. As a woman and mother, I get easy access to speak to families, and sometimes, it helps to convince them to vaccinate their children. Finding good female workers is very difficult though, if they show interest at all.”

Dr Fariba, a provincial polio officer in Kabul, knows the back lanes of Kabul like the back of her hands. She has walked these streets for many years now, in scorching heat and freezing cold, ensuring that her team of supervisors and vaccinators visit houses and no child is left behind. 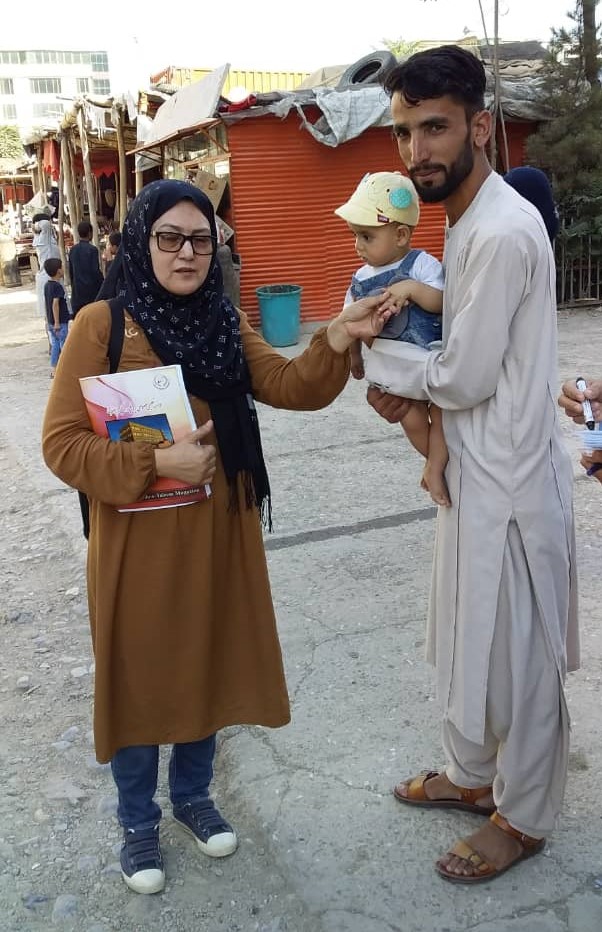 “I started to work in polio 14 years ago, and it doesn’t get easier. We have campaigns regularly so it’s a lot of work for us, and we really hope to eradicate polio from our country,” says Dr Karima, another provincial polio officer in central Kabul.

“I have a 17-year-old boy and a 13-year-old girl. My daughter wants to become a doctor same as me, so I have to set a good example for her. My family is okay with me working. When my kids were young, it was difficult for me to work, because my family didn’t really approve, but now that the kids are grown up, everybody is happy that I continued to work.”

Dr Karima is managing a different area in central Kabul city. Though it’s relatively safe, delivering health services in Afghanistan has cost lives. In 2019 (as of 15 August) 134 health facilities were affected by conflict, 35 health workers and patients were killed, detained or injured across the country.

Dr Karima works hard and wants to make a difference in the lives of the Afghan children and would like to see polio eradicated in Afghanistan, hopefully, in her lifetime, since working as a field worker and commuting around Kabul city is unpredictable, with chances of running into crossfire or an explosion at any time of the day.

“I was caught in crossfire a few times, together with my team of vaccinators. We found shelter and waited until crossfire was over and started our work again,” says Elaha Barakzai, a cluster supervisor in Farah Province. Elaha has been working for the polio programme since she graduated from high school 2 years ago.

Elaha, 20-years-old, is supervising 6 teams of vaccinators, 12 people, all male. “I have never had issues with my teams. They respectfully follow my instructions and do their work. I help them get access to families who might refuse to open their doors to male vaccinators. We work very smoothly as one big team.”

Elaha is currently pursuing a Bachelor of Arts degree in Pashto Language and Literature. However, after working in the polio eradication programme, she has decided to start studies in health. “I discovered my interest after I worked for the polio programme. I am a health person, and I will work in health and serve my people”. 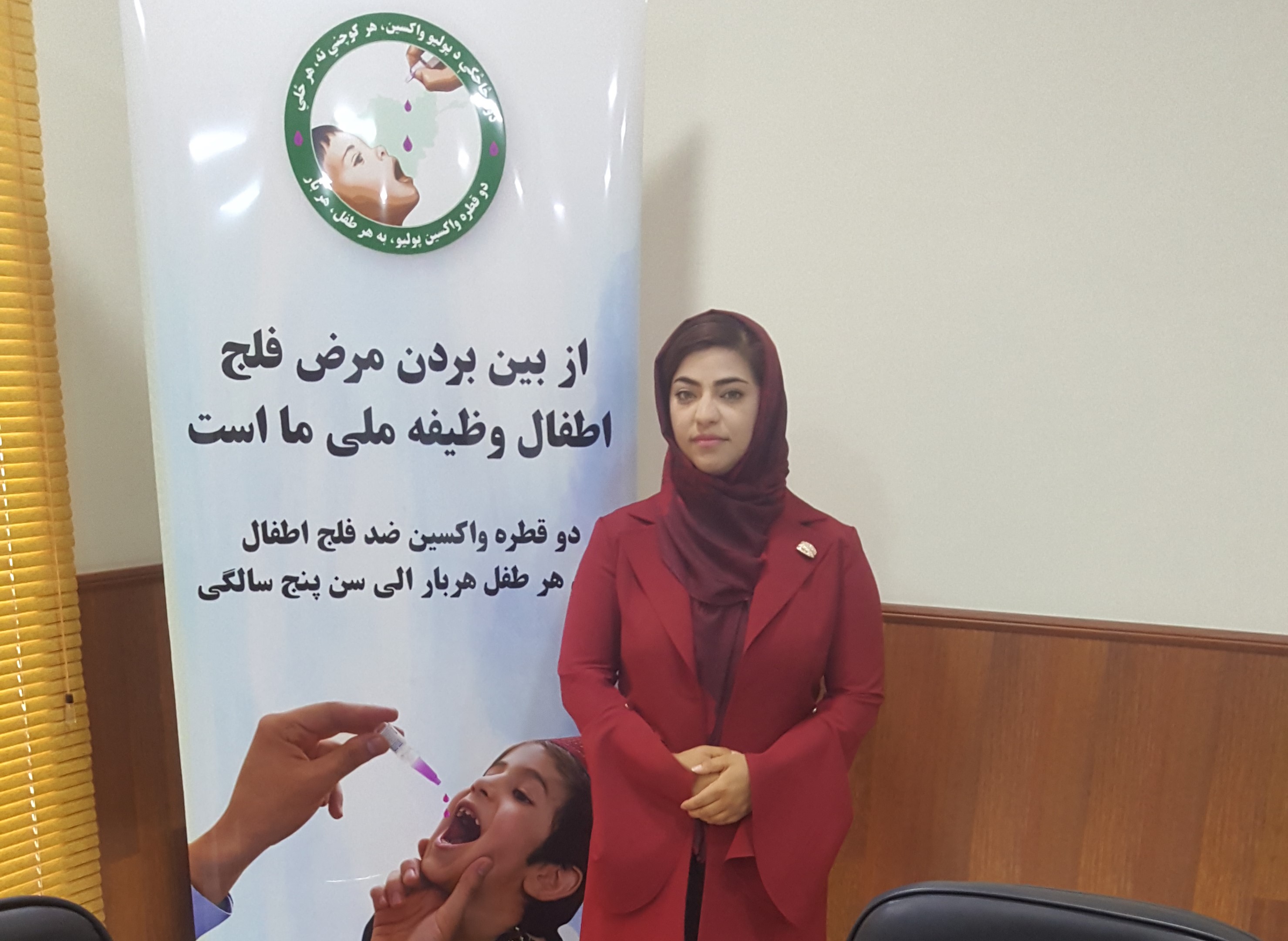 Hanita Haghigi works on polio data in western region in the country. She is also helping the western team with other technology issues.

“I am proud that I am helping the polio eradication initiative in my country. Every bit of support counts. I would like to see polio eradicated in my country and I believe all Afghans should support us, especially Afghan women,” says Hanita Haghigi.

There are many women who work hard to eradicate polio in Afghanistan. A lot of them never wanted their names and faces known. They are grandmothers, mothers, sisters and daughters who are not satisfied with the traditional roles their society ask them to play. More and more women are joining the programme and working together for their children and the future of a polio-free Afghanistan.

From work in the field, to encouraging parents vaccinating their children, to sitting in the Expert Review Committees, Afghan women are putting shoulder to the wheel to eradicate polio in Afghanistan.

WHO is working with the local government and global partners to eradicate polio in the country.

Researching microplastics and cracking down on Plastic Pollution