Happiness, the Wall, Mental Health and National Security, Oh My! 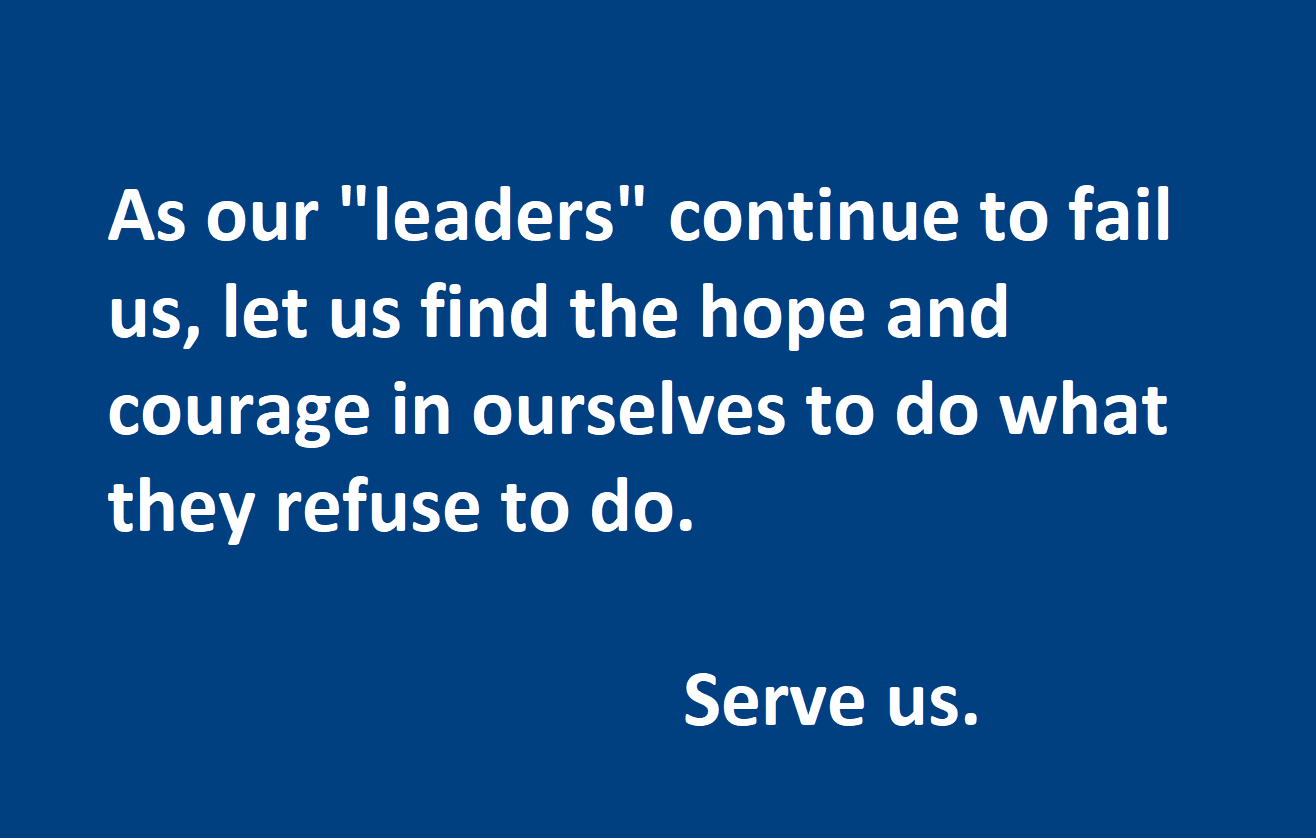 Our nation is in a state of emergency. It didn’t start with Trump’s delusions of terrorist hordes crossing our southern border. It didn’t start with Trump’s rejection of self-evident truths after our democratic system crowned him President. A year before he colluded to acquire his new title — a survey of US national security experts identified our own government’s “dysfunction” as the second greatest threat to our nation’s security. Terrorism was their top concern. And, if you understood the evolution of weaponry, the lethal weaponization of social media, the dual use nature of every technology, and the fact that ever since medieval attackers designed weapons for breach walls –any offensive attacker now has advantage over any defensive measures. Especially if the attacker is willing to die for their cause or has the capacity to remain anonymous (cyber, bio, drone, self-driving car bombs…) in delivering destruction.

Yet that survey wasn’t front page news! It was mentioned on C-Span by a U.S. Senator during a Senate hearing on cyber security within a question to experts after they offered partial solutions to our cyber ‘freedom-security’ dilemma. A dilemma in which, we (US citizens, corporations, and all of our government independent agencies) are free to have and use cyber tools however they want, but our nation will never be free of the potentially catastrophic national security consequences.

By our intentional government design we rely on “independent” agencies and national governments to solve a growing list of globally interdependent problems. Thus, US national ‘cyber security’ (as well as biosecurity) is an oxymoron. In fact, security itself is an illusion in an ungoverned globalized world of unprecedented technological power, and relatively easy access, and affordability.

Security simply isn’t possible in the absence of globally responsible and enforceable standards (dare I say Laws) where any and every law breaker is held accountable for deviations that cost innocent lives, starts wars, orchestrats mass murders, or undermines our planet’s life support systems that we all depend on (for our lives, health, freedom, prosperity, and posterity).

Anyone tallying the specific costs of the current government shutdown over the border-wall hostage situation knows that the economic costs of the forced shutdown will reach a price tag that far exceeds the $5 billion+ ransom that Trump continues to demand. Giving it to him will barely cover the cost of another 200 miles of physical barriers (and will take years to build) and set a precedent of future presidential government hostage situations. Meanwhile, cheaper and more effective technological and ‘manned’ efforts could provide a more effective barrier/deterrent and be operational in months.

Most senseless is dangers created by failing to pay for the operations of multiple government agencies responsible for keeping us safe and healthy (food inspectors, air traffic controllers, TSA agents, medical researchers, EPA scientists, health studies…). The ramifications of this are a far greater threat to our nations people, economy, and security than the few ‘bad Hombres’ or deadly narcotics that might eventually cross our borders on foot.

Trump is attempting to make a small and diminishing immigration burden on our southern border a national security threat/emergency. Meanwhile other far greater non-military threats to our individual and national security get whitewashed. Thus include climate change, loss of our antibiotic arsenal, the vulnerability of our vital infrastructure to cyberattacks or disrepair, our unsustainable debt, WMD proliferation, an inevitable pandemic or solar flare, and other natural disasters (volcano’s, earthquakes, asteroids…). At best, greater investments in border walls or a stronger military do nothing to protect us against these threats. At worse, the make the threats more likely.

But there’s even a greater long-term threat. Our mental health. The United Nation’s annual World Happiness Report changed little in its national rankings of the usual Top 10” suspects. And the US again, was not there. More surprising, the leading nations had also experienced a higher ratio of citizens with mental health disorders. A separate 2017 study by the World Health Organization concluded that American, Ukrainian and Estonian citizens were more likely to develop depression than people anywhere else in the world. Re-read that last sentence! But other strongly affected nations included wealthy nations like New Zealand, Finland, and Denmark. Other studies with a slightly different research focus saw severe or worse mental health issues among children in poorer nations like India. Researchers fear that such problems are significantly underreported in many developing nations.

The mental health crisis that increasingly appears to affect young people in wealthier nations has baffled scientists beyond other findings likely explained by poverty or inequality. Researchers acknowledge they don’t know for sure but recent studies have cited the use of social media and the perceptions of not being able to fulfill questionable expectations of family, friends, partners or employers.

Related reasons could be that social media and the global images of prosperity, success, happiness and doom beg disappointing comparisons, unlikely success, fatalistic expectations, and cataclysmic futures packed with violence, unemployment, harsh weather conditions and dwindling resources…though none of these are inevitable.

The human mind also has multiple flaws that hinder success or survival in a rapidly changing world. One is a western concept of individuality that is inconsistent with our social biological nature. The creativity of our mind is a double-edged sword enabling us to invent new things and imagine how to achieve them, but also capable of believing anything. Literally, anything! Things that are simply inconducive to human health and survival. On top of that, we don’t even do what we have been taught and know we should do. What is that about?

To many Americans falsely believe that they are entitled to happiness. They expect it without actually working for it. Our founding fathers only suggested we have the ‘right to the pursuit of happiness’. And here’s a damning twist. Their definition of happiness (following your bliss or fulfilling your life’s purpose in serving your community) is different than our current public ‘happiness’ expectation (freedom to do whatever we want without feeling bad or suffering any undesirable consequences.)

At best, we lazily observe a direct problem we have, like a persistent cough, and only treat the symptom instead of looking for the systemic failures in our diet, behavior, government policy, or environmental protection that is the root cause of the illness. Liberals observe people killed by guns and believe taking the guns away is the solution. Conservatives see people coming across the border and see a wall as the solution.

Our own nation’s Surgeon General warned last year that our greatest public health threat is loneliness. The high rate of gun suicide, opioid overdose, obesity, greed, festering political tribalism, selfishness and rejection of science and facts is likely exacerbated by our unexamined assumption that we are independent. We celebrate this myth every 4th of July instead of celebrating the profound fundamental principles that Declaration leads with. Our mind’s view that who we are, is what we believe (or think we are)… and not an inseparable body, mind, spirit relationship that is entirely interdependent with the other people and the environment around us (including every system and structure in the universe) – is literally killing us.

Catastrophically, this mental delusion of separateness prevents us from seeing the rest of the world’s people as our family and essential partners in surviving on this increasingly troubled planet. Those who worry about climate change and the destruction of the environment really need not worry. It’s a waste of energy and as psychologically dispiriting as listening to President Trump — and thinking he’s going to say something that’s true. What’s true is that the planet and nature will eventually be fine. Earth has experience at least five mass planetary extinctions in the last few hundred million years, and each time 90% or more of all life was lost yet each time, millions of life forms come roaring back.

A few human’s might survive this current mass extinction we appear to be in. I’m not sure if they will like it. But unless we address other existential threats like AI, planet killing asteroids, or solar mass ejections a few dozen more degrees of climate change will essentially be the greatest jobs program the world has ever seen. And population control advocates can finally rest their weary souls.

We know what to do. We just don’t do it.

Chuck’s professional grassroots organizing and advocacy successes on global health issues led to his elected position on the respected Action Board of the American Public Health Association (membership of 120,000 US Health Professionals). Later he was then elected by his peers to Chair the United Nation’s Association Council of Organizations (over 110 US based NGOs representing a collective membership of over 25 million Americans). His focus has been connecting local and global issues to US national security interests and using non-partisan fundamental principles to advance public thinking and US policy on vital systems and structures essential to forming a more perfect union.
Chuck credits much of his successes to his mother’s love and his background in Biology and wrestling. He qualified for the Olympic Trials only to find out he was seriously not qualified – but was honored to make it that far coming from a childhood of obesity and sloth. “We are all”, he says “always wrestling with issues and concerns our entire lives. Or we should be — given the persistent changes in our bodies and the world.” “Loving persistence” and “ruthless compassion” are two qualities his mentors offered him. Perhaps to his detriment he usually offers what people need to hear instead of what they want to hear. Chuck is an avid quote collector… one of his many favorites — “Science is my passion, politics my duty.” Thomas Jefferson