“Everyone has a plan; until they get punched in the face.” – Mike Tyson.

Yet these treason weasels (and the police enablers who literally let them into the Capitol) building had no plan.

They had no plan.  They had only rage.  Inchoate rage.  And they were used as patsys by Donald Trump and his henchmen.  It is they who will now be crucified, while likely the true ringleaders might escape scot-free.

Oh sure, they had evil intents: we know that some had hefty weapons, handcuffs, etc… so if possible they surely would have taken hostages and killed a few.  But that’s not a plan, that’s wish-fulfillment.

Let’s talk about hostages, and rage, and such matters.  I do not often discuss the fact that as a 10 year old boy my family and I were forced to flee the city of Isfahan, Iran because the revolution came to our city.  Am from small-town Ohio, but we were there due to my father’s job-posting.

I saw inchoate rage, up close and personal.  In hindsight, I now know we left at a time when things had not yet gotten ‘very bad’.  Even so, there was chaos, people being shot down like dogs in the street, massive throngs of people battling overmatched cops.  You might say that it made a lasting impression on me, that day when I realized that every single thing I took for granted was instantly gone.  School teachers were suddenly powerless.  Parents and other grownups too were removed from their perch of authority and forced to become like everyone else: a scared little mortal running for their lives.  The vehicle we escaped in was just our plain old ordinary school bus, but someone had clumsily and hastily ‘up-armored’ it with sheet metal and slits for windows.  As an adult, I look back and realize that A) that effort was probably totally useless, and B) I guess I lived out “Mad Max”; a few years early.

Back to the present moment: on Jan. 6th my reaction was not surprise, not fear, it was “Oh; not this sh** again…..”  You see, the vast majority of Revolutionaries in late 1970’s Iran did not in any way desire for a theocratic government, led by sociopathic bearded old dudes in robes.  Far from it – they were trying to toss out an evil tyrant, and get themselves some democracy.  And so they spread rage, and rage was a useful tool to bring down the ‘old guard’.  Eventually hostages were taken at the US Embassy, and you likely know that the crisis took more than a year to get peacefully resolved.

For most Americans, the story ends right there.  Put a bow on it, our folks came home.  But go do some reading, because of course the story wasn’t over back in Iran.  Almost without exception, the leaders of the revolution who sought justice and democracy were very surprised to find themselves put up against a wall and shot by the Ayatollahs, the folks who swept in at the end and hijacked the entire revolution.  Those b*stards are still in power, much to the dismay of the general population.  The point: All those folks who used Rage as a tool were patsys.  Useful idiots, and expendable.

So it is with the “Meal Team Six” traitors who tried their hardest to prevent the peaceful transition of power.  Only because they were so stupid and inept did they fail.  Only because they never had a plan.  Not because our vaunted military was on the job.  Not because our President was feeling especially bound by his oath of office that day.  Now, once again, as with the common folks in Iran who got ground into dust, as with Lee Harvey Oswald, as with Lenin and Stalin’s many victims, and so many other useful idiots over the past few thousand years, they are chum in the water, so that the real instigators can go merrily on.

Not this time.  We have a constitution, it was damn near gang-raped this week.  It’s time for the true ringleaders to pay.  We know their names, we know their addresses.  One, obviously, resides at 1600 Pennsylvania Ave.  Start there.

Your musical selection this week was a toughie.  No surprise, eh?  Runner up was Black Sabbath’s “The Mob Rules”; but in the end, we have to hand this one to the hippies.  Because, ‘we’d all like to see the plan’.
#childrenofliberty
“Ceterum censeo, delenda est Trumpo” (In conclusion, Trump must be removed.)
Get Mobilized and Make Love Go Viral!

About Daniel Franco 26 Articles
I'm the best philosopher, in your price range. 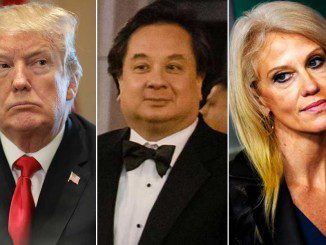