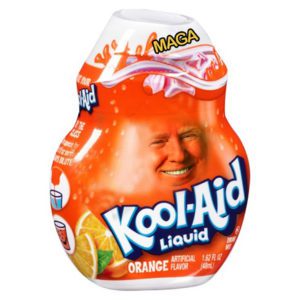 With the advent of the 2020 elections we sit at the threshold of a fully realized possibility, a change in direction that could provide the citizens of this great nation personal security and financial stability with economic growth for years to come.  For the middle class, it would lessen our burden and for the impoverished it would open the pathway to opportunity. At the core are fundamental principles, ideas about healthcare, education and the environment, public safety, human rights and the dignity of equality. What keeps us from enacting a lasting solution is the fear draped upon us that this is not possible.  It’s too costly.  It’s too complicated.  It’s socialism.  What are we, a nation of sissy-pants and wusses?  Cannot we affect our own future by taking control?  Are we not our brother’s keeper or is that socialism? Lincoln said that the purpose of government was to provide for its citizens that which they could not otherwise provide for themselves.  Is that not socialism?  What the hell’s wrong with socialism that we should fear it so? It is not an exclusive philosophy or governing principle.  It’s an idea with merit and has a proper place in a balanced society, democratic, capitalist or otherwise.

To that end, there is no shortage of ideas in the Democratic party, ideas on how to make our government work for people, to solve our everyday problems and prevent future ones.  These are all good ideas, ideas almost anyone can agree will benefit everyone.  And to that end there is no shortage of candidates, all gathered around the same principles, all with variant diverse solutions.  If there is a problem in any Democrat’s candidacy during this primary season, it is the manufactured objection to the idea itself, over the difference between a fundamentally correct principle and the execution of policy to enact it. Only if we can first identify the problem and agree on the rightness of the principle, can we move forward to developing a solution. But if we first decry a problem because no satisfactory solution is at hand, then we are doomed to live out our past.

The core issues are always economic.  Our leaders would have us believe that to spend money on ourselves is an extravagance. We must not allocate money for social programs because it would increase the burden on the wealthy, cripple corporate interests and deny our troops.  Rather, we should support the upper class in the hope that it will trickle down.  But there is another approach.  What if minimum wage was a living wage?  And what if childcare was provided as a right? Imagine what that would do to the economy.  The average cost of child care for a pre-schooler is $7,000 per year.  Minimum wage provides an income of roughly $15,000 per year.  After taxes and childcare that would leave about $4,000 to live on.  Working makes no sense in that equation.  No wonder our welfare rolls are so inflated.  Now what would happen if we could reduce the welfare rolls and get people working?  Hmmmm… now there’s an idea.

And what if a secondary, college education was provided?  We have to realize in this changing time that the standard 12-year high-school education is failing us. China is taking the lead on innovation and we are lacking the expertise to grow our economy through a quality trained workforce. As the father of five daughters, I know the crippling expense of a college education, expenses shared by my own ability to pay and my children’s capacity to borrow. A college education is minimally between $20,000 and $100,000 per year and in many cases upward of that. Typically, kids graduate into a stagnant job market with debts in excess of $50,000 and no job, only to move in with mom and dad and work a shit job outside of their field of study.  Where’s the future in that?

But what if the burden of providing healthcare was removed from employers?  Profitability increases and employment is encouraged. Currently the workaround is to fill jobs with part-time hourly employees to avoid providing insurance. Hire someone for less than 40 hours per week and “poof” forget about insurance overhead.  There’s always a loophole, a path to channel money back to the source. Is this our perfect world?

What if healthcare was a right, Medicare for all, universal healthcare was enacted? We could be free from the worry of the financial ruin of devastating medical outcomes.  Regular medical care can be preventative rather than remedial.  Overall medical costs would be reduced.  But the arguments against this are that it would end private insurance, or that the government is ill-equipped to handle the management of this system and costs would skyrocket.  Really?  Another argument is that you would not be able to choose your own doctor. Huh?  Who really believes this crap?  I am on Medicare and I get to choose my own doctor and while Medicare exists, so does private insurance.  Cannot the two co-exist?  Off course they can.  Let’s take the Post office as an example.  Who else can deliver daily mail at an amount roughly 47 cents or so. Opponents who favor privatization complain that it loses money, but that is a false narrative.  Profits made by the postal system are siphoned off by Congress to make it run at a loss. Furthermore, the success of the postal system did nothing to restrict or inhibit the growth of private delivery services like FedEx, UPS, DHL and the many smaller regional services. So I say, let private insurance compete for its market share against a base system that guarantees full service medical care for all. Who are we protecting, our families or an industry that makes the rules to benefit itself?

Amy Klobuchar recently appeared in a CNN Town hall.  She was great… smart, well spoken, reasonable, measured, likable, with a record of policy successes and toughness and most importantly moderate…  progressive, but not too far left, all the earmarks that say, “I have what it takes to win.  I am electable.”  Yeah, but is that enough?  Why are we to believe that our dreams are not possible and we should settle before winning, take the deal and plead out, rather than take the risk and get what we fully deserve.  Compromise before you lose all, that is the play with Amy.  So, let’s not categorize the other candidates’ ideas as looney, impractical or impossible. Let’s not admit defeat at the start.

Take Elizabeth Warren’s ideas for childcare as an example.    Here are the key points:

Create a federal program that establishes a network of centers.

Free for families with incomes less than 200% of the poverty level.

No household would pay more than 7% of income

This is a reasonable approach to stabilizing the workforce and promoting the economy.  It just has to be made a priority and managed as part of a balanced budget.  We need to look at all the other areas where we spend needlessly, areas like the cost of operating Air Force One as the private plane for weekly flights to Mara-Lago or the cost of a border wall that 68% of Americans don’t want.  We can’t keep losing this battle because “He” has the right, when we have the will. What we don’t have is the support of our congress, but that is changing and we need to maximize the change in 2020 enough so to support a newly elected progressive, democratic-socialist that can bring ideas into policy. The last phrase of the Gettysburg Address is: “…that a government of the people, by the people, for the people, shall not perish from the earth.” The key phrase is “for the people.”  Let’s not forget that, for fear of being called a Socialist.

Also, let us realize that while our problems are complicated they seem vicious because they are intertwined. In reality, they are self-inflicted and interact chaotically in the most turbulent way.  To survive, we must guarantee an adequate food supply, sustainable energy and security through peace with other nations and our own respect for each other.  At the heart of this series of interactive issues is the weather.  Climate determines so much: crop outcomes, a food supply of fish in warming oceans, natural disasters like hurricanes, tornadoes, forest fires, draughts and floods. Economic success depends on energy supplies and the battle over oil supply is at the heart of conflict the world over.  Fossil fuel is killing the environment and clean energy is required to sustain life on this planet.  Virtually every scientist and informed politician understands this, yet we languish in the past.  Looking backward is death.  Driving full speed on the interstate using only the rearview mirror will eventually result in a head-on. We have the technology and the means to avert the disaster that merely wearing seatbelts cannot protect us from but we need only exercise the will. Climate change is real and immediate action is required. We must demand the development of clean energy infrastructure, policy and outcome in every possible form and we must transition aggressively to vehicles that do not run on forms of fossil fuel.  We need to cut the crippling shackles of oil policy that dictate political policy and be freed to openly stand for truth, justice and human rights.  We cannot allow dictators, murderers and thugs to define our path and inform our decisions.  Saying otherwise does not make it so.

As our physical world continually changes all around us, as relationships shift and power stolen, as technology redefines the possible, we cannot “Make America Great Again” by solving new problems in an old way. What made us great was hard work, respect for our international relationships, innovation, the ability to adapt and change, and an ever vigilant watch on the integrity of our system with an eye towards compassion and tolerance.  None of these qualities reside in our current President. With 60% executive time and his disdain for reading intel briefs, his lack of prep for treaties and negotiations, he has shown his inability to apply himself to hard work.. He has also displayed nothing but disrespect for our long-time international relationships including NATO.  He despises green energy innovation and rejects climate science.  He cannot change his ways–lying, bullying and narcissistic self-serving action.  He wants all oversight on himself, his organizations and administration to cease and has demonstrated a complete lack of compassion as exemplified by his treatment of children, taken from their immigrant parents and transferred thousands of miles away to be held, many never to be returned.  This man is a leader, yes, but just what and who is he leading?  Can it be us or is it them?  Them, yes that 30%, the deplorables, as Hillary would so aptly say, those who will willingly follow him off the cliff wearing a red MAGA hat, while Trump, the divider, has a mock-bliss teenage, romantic encounter with the American Flag. Is it time yet to break out the Kool-aid? 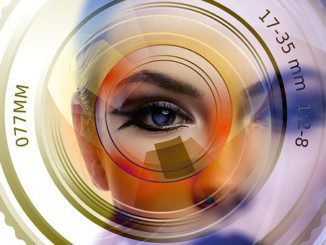