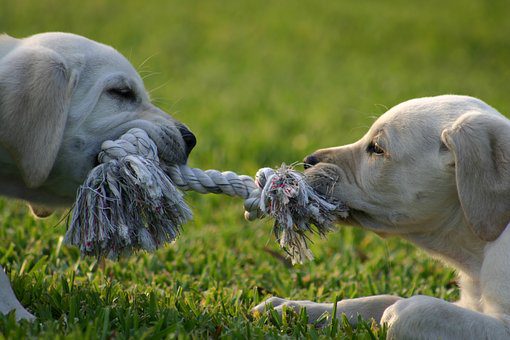 “Regimes come and go but technology and ideas last. They are also more powerful than tanks, armies, and bombs: ideas are bulletproof. Make beautiful art, write great prose, compose music, establish productive businesses, save lives in medicine or therapy, or be a great spouse, parent, and friend. They are all better uses of our time on this earth. Understanding the way human liberty works helps you see this. These pursuits need not sacrifice your ideals.”

The GOP majority and White House have failed at what was arguably their highest legislative priority. And there is nothing voters can do about it.

I’m willing to bet that this will be a pattern for years to come. Why? Because this has been the pattern for years in the past, and there is no ideological consensus for real change. As a result, there is a huge gap between campaign rhetoric and actual policy, between the sales pitch and the good you actually end up purchasing.

Why do people keep buying? And more importantly, is there another way?

At the National Convention of Young Americans for Liberty this year, I once again debated the topic of whether and to what extent people need to be engaged in politics, as versus focusing on education, culture, and other forms of change.

My answer is that political engagement is fine. Voting is fine. Cheering is fine. But there is a constant temptation to go too far in the direction of partisan agitation. Putting your hopes in party and power will always disappoint: it is a god that will fail.

Politics, as conventionally understood, I argued, is not an effective way to change the world. Your victories will be pyrrhic if there is not underlying ideological change. More seriously, politics can drain you of ideals, hope, and even be morally corrupting. For young people hoping to end injustice, build a better freedom, and change the world for the better, there are better ways.

Politics is not true. Most books on world history, and most political science classes, wildly exaggerate the role that political leadership and institutions play in shaping history.

It’s too easy to tell a story of a people in a way that blames or credits powerful personal forces – as if leadership designs and dictates social results – but much more difficult to tell the real story of history in terms of ideas, culture, and technology. Societies can succeed without brilliant leaders in government, and often do so precisely because of their absence. Even in American history, the highest period of innovation and wealth creation occurred under presidents whose names are now largely forgotten.

Politics is ineffective. People want to rely on the political process for all sorts of things: creating jobs, fixing infrastructure, securing the country, bringing justice, boosting education. But it’s the wrong means.

These things can happen despite the state, and not because of it. No politician or party has achieved anything comparable to Amazon, YouTube, Apple, Uber, or a million other enterprises. The best way for a state to promote the good of society is to decline to interfere in people’s life, liberty, and property. The only real good that can come of political activism is to limit the state’s power as much as possible, but it so happens that everything in politics conspires to break those limits.

Politics crushes ideals. You begin your political activism thinking that this is the way you make a difference but it turns out to be a ruse: your views do not matter and your vote counts for little.

You are trying to control a machine that is out of your control. Now, you face a choice: keep playing the game even though it is failing your ideals or move on to a sector of life in which you can keep your principles and make genuine change happen, sectors such as education, culture, technology, faith, and enterprise. The main (and maybe only) thing you can really control is yourself, so here is your primary obligation: gaining more skills, knowledge, wisdom, strength of character, and mastery of your domain.

Politics can make you immoral. The state sector produces  nothing on its own; it lives off the rest of the society, and thrives on deception. There is no large state not guilty of doing terrible things to people, things that if we did to each other we would be regarded as criminals.

Moreover, everyone who has ever been there can tell you there is no such thing as an efficient bureaucracy, “clean” politics, or programs built solely by public- spirited activists. The truth is grittier and uglier than anyone from the outside can ever believe. Discovering this, what do you do? Some people are drawn to it precisely for the moral nihilism it unleashes: if nothing else, the machinery can be used to crush my enemies. It’s like low-grade war in this way.

There is a better way. In fact, there are a million better ways.

You  can still be a libertarian (or whatever you think of yourself) and do other things with your life besides political agitation. Regimes come and go but technology and ideas last. They are also more powerful than tanks, armies, and bombs: ideas are bulletproof. Make beautiful art, write great prose, compose music, establish productive businesses, save lives in medicine or therapy, or be a great spouse, parent, and friend. They are all better uses of our time on this earth. Understanding the way human liberty works helps you see this. These pursuits need not sacrifice your ideals.

Climate Strikes Held Around Meetings at U.N. Sept 20 and 27