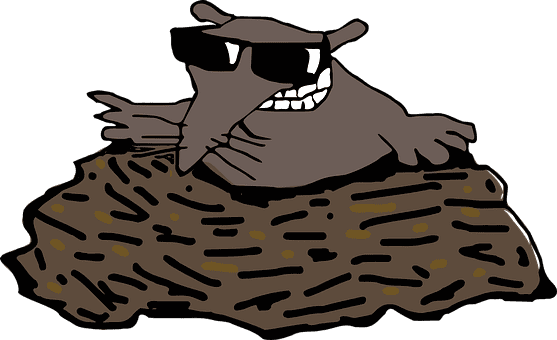 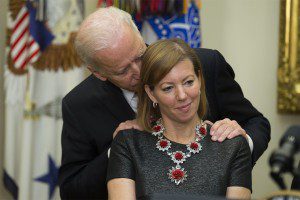 It seems as though every new day, our political realities bring a fresh climate-change challenge to our fragile environment of common sense.   In the age of “Me Too” how is it that the American public can accept the sexual misconduct of a philandering president or the drunken abuse of a supreme court nominee, despite credible sworn testimony to their misdeeds and yet, vigorously reverse course to persecute minor offenders like Al Franken until out of office. The answer can only be understood in three parts. First, Trump’s and the offending Republican’s misconduct has been so outrageous that it is no longer unexpected and we have become too numb to respond to each transgression.  Second, we know that changing this culture cannot happen from within the Republican ranks. From the first days of Trump’s administration, Republicans have proven themselves to be hypocritical enablers, providing cover through denials, alternate facts while creating chaos and confusion to maintain power.  And thirdly, a very important component,  the media covers all offenses equally for dramatic impact, often creating mountains out of molehills in a never-ending political soap opera..

Al Franken is one such case, as the former SNL clown-not-yet-a-Senator mimed “copping a feel” on a sleeping woman aboard a government USO air transport. To be sure, he never touched her, nor did she suffer any embarrassment at the time. Nevertheless it was undoubtedly a sophomoric attempt at humor. Even as recently as yesterday, many months after Franken resigned office, I heard this specific event characterized by a CNN anchor as “groping” a woman. It was just not so!  Who among us has never told or laughed at an off-color joke or remark?  This cannot be considered deviant behavior, nor is it criminal, so does it warrant removal from office? Did Franken really have to resign?  Are the acceptable standards for Democratic candidacy so narrowly defined that a purity test for saintly behavior is now required?

Just as Trump’s lies become “facts,” as repeated over time,  so too repeated mischaracterization of actual events become lasting mountains of falsehood in the forgotten forest of truth. There can be no room in a democratic environment for media inaccuracy. Shortcuts lack specificity and create lasting myth, an unintended fiction.

If we seek lasting reform, it cannot come from the Republicans, who have clearly run from their responsibility losing all credibility.  So, looking to the Democrats to affect change now requires a stricter measure of moral character as the litmus test for championing the fight. Any infraction, however small, disqualifies a candidate for office. Enter Joe Biden. Oh Joe, what have we done?

A Nevada candidate for state legislature, Lucy Flores has come forward to accuse Joe of “kissing the back of her head,”  implying an unwanted advance that was creeping her out.   How far have we come from fucking a porn star to kissing the back of a woman’s head as a determinant of inappropriate conduct? While the one offender remains in office, the other struggles to qualify to compete.  It’s a peculiar, hypocritical standard. Video footage exists of Joe doing pretty much the same thing to Stephanie Carter, wife of Ash Carter. While standing beside her husband at his swearing in, as Joe’s hands are placed on her shoulders he whispers something in her ear.  It’s more like an act of fatherly support than an act of sexual intent.  Joe is clearly old school and is one of those dear people not shy about showing affection.  If anything he is blindly unaware of the new realities.  He does not understand how things today can be perceived and contained by the realities of time and space, he cannot jump in the time machine to erase his history of innocent actions made within a different contextual social and political environment.

There are several ways to interpret Biden’s touchy-feely behavior and we must all Flores her own interpretation, but in retrospect it appears more like a paternal blessing than a sexual advance.

Different cultures have different standards and kisses of this kind are more like a warm welcome or a hand shake, an indication of acceptance and praise. Many European cultures, including the French and the Russians embrace kissing of each cheek as accepted tradition.

An extreme example of the climate change surfaces through a self-effacing offhand joke Beto O’Rourke made at his own expense, highlighting his own inadequacy in his marriage helping his wife raise the family. The joke was about Beto’s failure not about his wife.  Saying that his wife had been raising their three children “sometimes with my help,” If anything, was his admittance of regret and an apology.

So why did Beto feel compelled to apologize?

“Not only will I not say that again, but I’ll be more thoughtful going forward in the way that I talk about our marriage…. So yes, I think the criticism is right on. My ham-handed attempt to try to highlight the fact that Amy has the lion’s share of the burden in our family — that she actually works but is the primary parent in our family, especially when I served in Congress, especially when I was on the campaign trail — should have also been a moment for me to acknowledge that that is far too often the case, not just in politics, but just in life in general. I hope as I have been in some instances part of the problem, I can also be part of the solution,” he said.

Clearly, Democratic candidates feel they must be sanctified. As they descend the media molehill they must each assimilate as a paragon of virtue to stay in the game.