Just three days ago Texas Governor Greg Abbott announced that the much despised mask mandate would no longer be required of Texans and that all businesses in the Lone Star state would be opened at 100% capacity.  Texas, the last bastion of the land of the free and home of the brave, will be leading the way but to where? According to Joe Biden, who referred to this move as “Neanderthal thinking,” it will be back in time, certainly not 35,000 years ago but only a few months in time to the record highs of Covid-19 cases in Texas.

All of Fox news exploded in umbrage at his reflection, which to be interpreted literally meant simply that Abbott’s declaration was uncivilized and unintelligent, which in fact it was.  But here they were, these indignant hypocrites, who for the last four years have given a free-pass to the most prominently offensive political figure in world history.

Texas currently suffers a Covid positivity rate of 13.5 %, three times the overall national average of all states in the U.S., a mere 4.4%. By comparison, Washington D.C. where no one can be seen on the streets without a mask, the positivity rate is only 2.8%. Texas boasted 54,000 new Covid cases last week, a whopping 12% of all cases in the U.S. and 10% of all U.S. deaths. Texas is currently adding an average of 7,000 new cases daily, but with this announcement, Texans should expect that number to climb, but they apparently do not.  The former mandates restrict their freedoms. The legendary choice of Patrick Henry, liberty or death, survives intact in Texas.

To understand the effectiveness of the Covid mandates one need look no farther than the disappearance of the flu this season.  In every state the flu is down significantly over the previous recorded totals, in fact it is at a fifteen year low. Check out the map CNN provided to see the decline over last year.  Thank the mask mandate and social distancing.

Apparently this sort of qualified data did nothing to discourage Gregg Abbott, who suffers from the blowback of his poor decisions regarding the Texas power grid. And so as millions of Texans are stinging with the pain of his self-induced power failure, many still without clean water, this hapless governor slips into yet another catastrophic decision to kick the Texas can down the very short road of instant gratification.  I’d have to agree with Biden that Abbott’s choices are Neanderthal. Consider this:  Under his management, Houston was the first city in the U.S. to record every single Covid variant. How’d that happen, Greg?

Ah, but he had a deflection plan all along, hand in glove with the Trumpian agenda, lay the blame on the immigrants.

Without any supporting evidence Abbott asserts that migrants entering Texas from Mexico are carrying the coronavirus, and of course that translates to “this is Biden’s fault.”   Continuing the never-ending blame game he stated, “The Biden administration has been releasing immigrants in south Texas that have been exposing Texans to Covid,” failing to acknowledge that  the Department of Homeland Security delivered an offer to his office for financial assistance to mitigate Covid-19 spread, in part to tests migrants for positivity, which in another one of his Neanderthal decisions, he declined.

To understand the utter failure of Governor Abbott’s management, one has only to look back a few weeks to the Texas winter freeze.  In its wake, those consumers who opted for a variable rate on their electric bill found themselves in deep financial trouble.  One man had $17,000 auto-deducted as a one moth payment for his electricity, while a woman whose bill averages $250 monthly, was charged $9,546.00 for electric during the disaster.  Independent review has determined that ERCOT overcharged Texas power companies $16 billion after the power disaster.

The silver lining in this dark cloud is that we can thank Texans for volunteering to undergo the ignominious role of “canary in a birdcage,” an old mining trick for detecting deadly gas. A month out, as their positivity rate climbs and death totals mount, we can feel smug in proclaiming, “I told you so,”  while Abbott continues to blame a handful of belittled migrants. 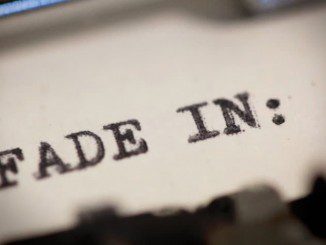 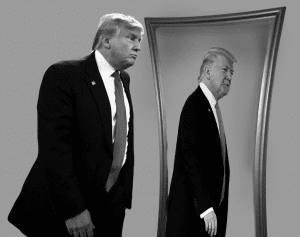