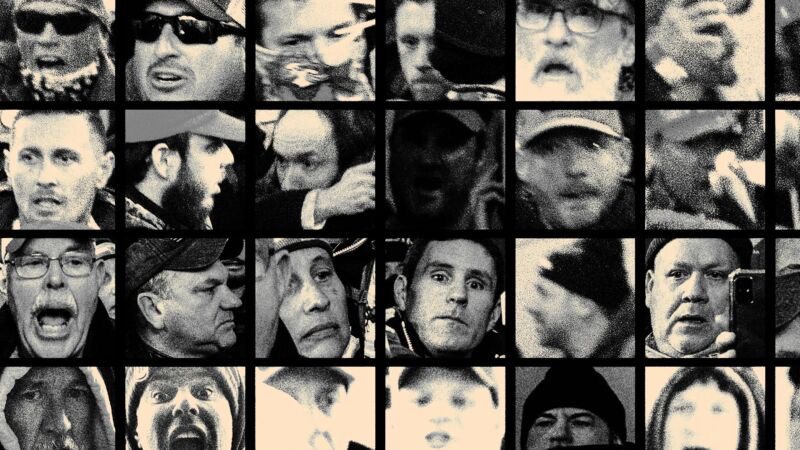 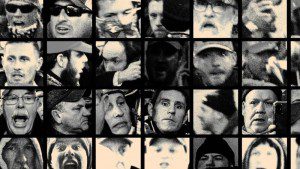 A collection of faces. These folks attempted to overthrow the US Government in 2021.

The Big Picture: This is your reminder that the Fascists are still out there.  I dislike having to keep writing about politics, but we’re not out of the woods yet.  As a kid I dearly wanted a pony, never got one.  As an adult I can see that was a good thing, my folks saved me from shoveling a lot of poop.  So, maybe it’s ok that I have to keep shoveling facts out the door.  Maybe doing so will help us get to the goal faster, because we can better fertilize the ground for the better society to come.

It’s good that Donny and his goon squad are being levered out of offices they never were qualified for, here in America.  But this cancer will persist if we do not excise it completely from the land.  And of course many nations are still in its’ grip.

For The Record: Bear in mind that in Germany after WWI, the far right used a ‘Big Lie’ to get back into power.  It was a lie, but they kept repeating it for so long, that it crowded out the truth.  They said that Jews had “stabbed them in the back” and that was why the war had been lost.   “Stop the Steal” is the 21st century equivalent of “stabbed in the back”.   None of it is true, but it’s very useful to those who covet power and control.  So you must in your communities take it on at every turn, denounce it, and share honest facts in its place.  This is one place where the Truth really will set us free.  Your mission in the coming years is to vocally oppose any such lies, as best you can.

Your Musical Selection: Well, this week it’s John Prine, RIP.  Another great songwriter who was lost to the Covid pandemic.  “Your flag decal (wont get you into heaven anymore)”  https://www.youtube.com/watch?v=OlofnxJxMIQ

Go deeper – links and sources: “An extraordinary element of the investigation into the attack on the Capitol is the sheer number of people who announced what they were going to do, broadcast when they did it, and, in some cases, proudly took credit for it.”  https://arstechnica.com/tech-policy/2021/01/this-site-posted-every-face-from-parlers-capitol-hill-insurrection-videos/

“In 2021 a college student has the skills and resources to run an ID campaign at such a scale and efficiency that would have only been a fever dream in the eyes of three letter agencies in the past.”

“…the data was publicly available and intended for download. The perps and instigators are just pissed because their behavior has made it possible to assemble it all in one place and prove collusion and participation. That’s the fault of those who posted the data, not of those who downloaded it. Download was the intent of those who uploaded it all along. They wanted as many others as possible to see what they had done; they were bragging about it.”  https://projects.propublica.org/parler-capitol-videos/?

“I’m wary of the big brother culture that facial recognition has the potential to create. But when criminals post pictures of themselves actively committing a crime to a public forum, using basic tools to make those images more searchable doesn’t bother me a bit. These people deserve what they get, and more importantly those thinking of doing it tomorrow need the warning – “society doesn’t approve of your bulls**t!”  https://www.politico.com/news/2021/01/20/fbi-evidence-capitol-insurrection-plan-460836

“The evidence presents in stark terms that many of former president Donald Trump’s supporters understood his overtures to come to the Capitol and “stop the steal” to be a call to violence. It dispels the damage control by some on the far right who lied that the rioters were leftists in disguise, and it reveals the destructive consequences of a four-year barrage of anti-government rhetoric and the encouragement of conspiracy theories by Trump and his allies.”  https://www.buzzfeednews.com/article/zoetillman/captiol-rioters-charged-social-media-posts-violence

Also, watch out for: Ye Olde Backlash.  Of course, now that the NeoLiberals are in power, The Man will now crack down on leftists and BLM folks.  Le sigh.  You have a voice, never forget to use it.

Get Mobilized and Make Love Go Viral!
Related Topics:democracyFascismhuman rightsTrumpWorld History
Up Next

Project Censored introduces Chris Hedges: “On the Culture of Despair”