Capitalism is destroying the Earth. We need a new human right for future generations 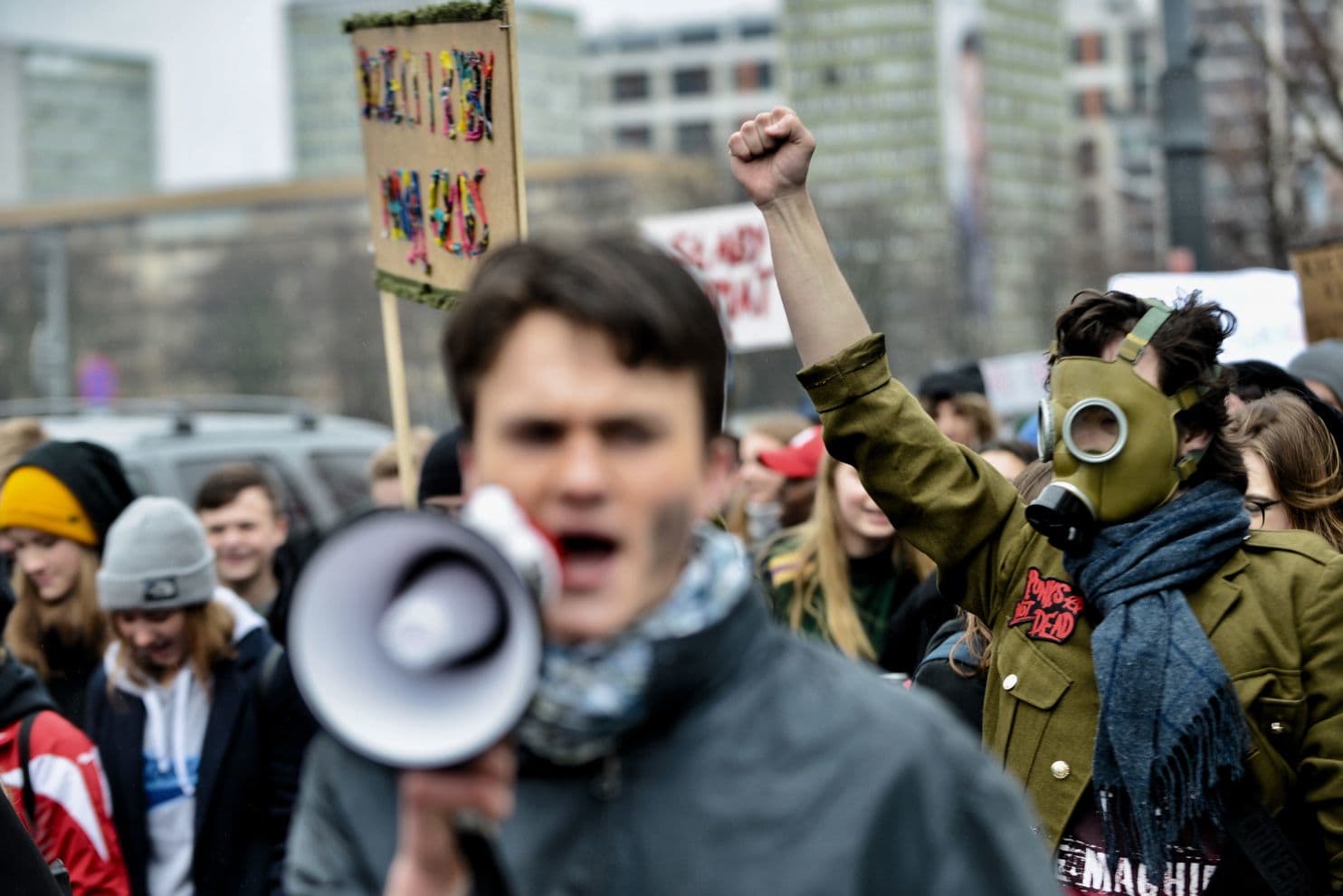 The young people taking to the streetsfor the climate strike are right: their future is being stolen. The economy is an environmental pyramid scheme, dumping its liabilities on the young and the unborn. Its current growth depends on intergenerational theft.

At the heart of capitalism is a vast and scarcely examined assumption: you are entitled to as great a share of the world’s resources as your money can buy. You can purchase as much land, as much atmospheric space, as many minerals, as much meat and fish as you can afford, regardless of who might be deprived. If you can pay for them, you can own entire mountain ranges and fertile plains. You can burn as much fuel as you like. Every pound or dollar secures a certain right over the world’s natural wealth.

By George Monbiot, The Guardian U.K.

But why? What just principle equates the numbers in your bank account with a right to own the fabric of the Earth? Most people I ask are completely stumped by this question. The standard justification goes back to John Locke’s Second Treatise of Government, published in 1689. He claimed that you acquire a right to own natural wealth by mixing your labour with it: the fruit you pick, the minerals you dig and the land you till become your exclusive property, because you put the work in.

This argument was developed by the jurist William Blackstone in the 18th century, whose books were immensely influential in England, America and elsewhere. He contended that a man’s right to “sole and despotic dominion” over land was established by the person who first occupied it, to produce food. This right could then be exchanged for money. This is the underlying rationale for the great pyramid scheme. And it makes no sense.

For a start, it assumes a Year Zero. At this arbitrary point, a person could step on to a piece of land, mix their labour with it, and claim it as theirs. Locke used America as an example of the blank slate on which people could establish their rights. But the land (as Blackstone admitted) became a blank slate only through the extermination of those who lived there.

Not only could the colonist erase all prior rights, he could also erase all future rights. By mixing your labour with the land once, you and your descendants acquire the right to it in perpetuity, until you decide to sell it. You thereby prevent all future claimants from gaining natural wealth by the same means.

Worse still, according to Locke, “your” labour includes the labour of those who work for you. But why should the people who do the work not be the ones who acquire the rights? It’s comprehensible only when you realise that by “man”, Locke means not all humankind, but European men of property. Those who worked for them had no such rights. What this meant, in the late 17th century, was that large-scale landrights could be justified, under his system, only by the ownership of slaves. Inadvertently perhaps, Locke produced a charter for the human rights of slave holders.

Even if objections to this could somehow be dismissed, what is it about labour that magically turns anything it touches into private property? Why not establish your right to natural wealth by peeing on it? The arguments defending our economic system are flimsy and preposterous. Peel them away, and you see that the whole structure is founded on looting: looting from other people, looting from other nations, looting from other species, and looting from the future.

Yet, on the grounds of these absurdities, the rich arrogate to themselves the right to buy the natural wealth on which others depend. Locke cautioned that his justification works only if “there is enough, and as good, left in common for others”. Today, whether you are talking about land, the atmosphere, living systems, rich mineral lodes or most other forms of natural wealth, it is clear there is not “enough, and as good” left in common. Everything we take for ourselves we take from someone else.

You can tweak this system. You can seek to modify it. But you cannot make it just.

So what should take its place?

It seems to me that the founding principle of any just system is that those who are not yet alive will, when they are born, have the same rights as those who are alive today. At first sight, this doesn’t seem to change anything: the first article of the Universal Declaration of Human Rights states that “all human beings are born free and equal in dignity and rights”. But this statement is almost meaningless, because there is nothing in the declaration insisting that one generation cannot steal from the next. The missing article might look like this: “Every generation shall have an equal right to the enjoyment of natural wealth.”
Advertisement

This principle is hard to dispute, but it seems to change everything. Immediately, it tells us that no renewable resource should be used beyond its rate of replenishment. No non-renewable resource should be used that cannot be fully recycled and reused. This leads inexorably to towards two major shifts: a circular economy from which materials are never lost; and the end of fossil fuel combustion.

But what of the Earth itself? In this densely populated world, all land ownership necessarily precludes ownership by others. Article 17 of the Universal Declaration is self-contradictory. It says, “Everyone has the right to own property.” But because it places no limit on the amount one person can possess, it ensures that everyone does not have this right. I would change it to this: “Everyone has the right to use property without infringing the rights of others to use property.” The implication is that everyone born today would acquire an equal right of use, or would need to be compensated for their exclusion. One way of implementing this is through major land taxes, paid into a sovereign wealth fund. It would alter and restrict the concept of ownership, and ensure that economies tended towards distribution, rather than concentration.

These simple suggestions raise a thousand questions. I don’t have all the answers. But such issues should be the subject of lively conversations everywhere. Preventing environmental breakdown and systemic collapse means challenging our deepest and least-examined beliefs.

Governments seek U.N. scrutiny of technologies to cool the climate