Can Momentum Win? ‘Trump can’t cancel the momentum behind the Paris climate deal’ 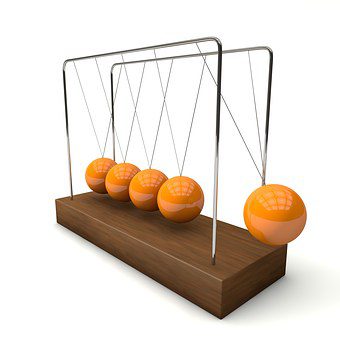 World leaders, cities, businesses and communities have vowed to press ahead with the Paris climate deal after President Trump announces the US’s withdrawal from the landmark agreement

Global leaders, business chiefs, cities and grassroots organisations alike have reaffirmed their commitment to the Paris Agreement after President Trump announces the US will pull out of the accord.

“At a time when costs in the renewable energy sector are falling significantly and clean tech employment is reaching record levels, combined with other key economies’ desire – notably the EU and China – to accelerate rather than to stop these trends, politically the US will find itself in growing isolation, and face accusations of scientific ignorance and moral irresponsibility.”

Dahlmann, who researches the transition to a low-carbon economy, said Trump’s decision would go down in history as “significantly anachronistic and self-harming”.

US businesses, communities, cities and states are miles ahead on climate change

US businesses, communities, cities and states are “miles ahead in their assessment and responses to the threats posed by climate change”, said Dahlmann.

Trump’s statement comes just days after shareholders of the world’s largest public oil company, ExxonMobil, voted in favour of the fossil fuel giant analysing and disclosing the risks it faces due to climate change.

“Other companies are increasingly integrating proactive responses to climate change in their strategies,” said Dahlmann.“They are setting ambitious science-based carbon reduction targets and aiming to source their electricity almost exclusively from renewable sources.

“Put simply, the commercial and economic opportunities are already changing America’s competitive landscape such that [the withdrawal] will be largely seen as an unwelcome irritation, rather than a wholesale shift in the political economy.”

The US joins Syria and Nicaragua as the only countries not participating in the agreement. While acknowledging the decision as a huge blow, world leaders have emphasised that almost 200 nations have pledged to limit global temperature increases to a 2C increase on the pre-industrial era – and will press on without the US.

As part of the agreement, which was negotiated and ratified under President Obama, the US committed to reduce carbon emissions by 26-28 per cent by 2025. The Trump administration is reportedly divided on the issue, but Trump himself has described climate change as ‘a hoax’.

He once tweeted that global warming was a concept “created by and for the Chinese in order to make US manufacturing non-competitive”.

“Donald Trump can’t cancel the Paris agreement, and he can’t cancel the momentum that is behind it both diplomatically and economically,” Brian Deese, a former senior advisor to Barack Obama, told the Guardian. Deese oversaw the Obama administration’s agenda on climate, conservation and energy policy. He emphasised that Trump’s decision was not the only factor at play.

“We have a lot to gain from expanding clean energy and energy efficiency – they are some of the fasting growing sectors of our economy.”

City leaders in the US are among those who have pledged to take their own action. During a press conference on Wednesday, Boston’s mayor Marty Walsh said that if the White House decided to withdraw, the responsibility to protect the environment would fall to cities.

“No matter what the president decides, I want to make it absolutely clear to the White House and our partners worldwide that the city of Boston will not back down,” he said.

“We will honour these responsibilities to our children and to our planet and we will do what is right.”

The Los Angeles mayor, Eric Garcetti, a co-founder of Mayors National Climate Change Agenda, has repeatedly said that if the White House leaves the Paris deal, Los Angeles will adopt it independently.