Can Democrats Save The Republican Party? 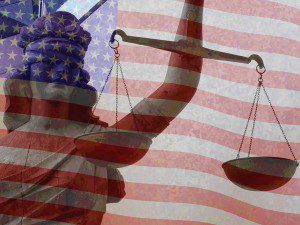 On February 9th, 2021 the United States Senate will convene to judge whether or not Donald J. Trump is guilty of the impeachment charge brought forth by the House of Representatives.  But as we all know, that is not what will be decided. The outcome of this process has already been largely pre-determined along party lines not on the merits of the case.

By any measure, Trump’s appearance at a video-taped rally just before, and other statements made prior to,  the Capitol riot on January 6th, he did indeed incite and fuel a mob to storm the houses of Congress.  These obvious, undeniable and well-documented facts have formed the opinion of the entire news media (save Fox) and the majority of Americans, that Trump is guilty.

While he may not have directly advocated hanging Mike Pence, killing Nancy Pelosi and murdering OAC, he ignited those flames and allowed them to burn out of control when it was within his ability to call off the mob, authorize the National Guard and take any immediate action necessary to stop the violence and destruction. He did not.  Instead he withdrew to the safety of his lair to watch the events unfold live, gleefully commenting on the out of control activities of the mob he had sent to disrupt the counting of the electoral votes.

Now as an impeachment conviction hangs in the balance, we are asked to question the wisdom of continuing with an impeachment trial, based on the possibility of  outcomes that may impact our nation negatively, such as motivating Trump’s militant supporters into further illegal action, or at the very least, widening the division that exists in this country between opposing political ideologies as represented by the two major parties.

But before we can evaluate potential outcomes, we must first evaluate the only two verdicts that can be realized.

First verdict, Trump is not guilty.

This can only occur if the Democrats are unable to persuade 17 Republican Senators to join them in delivering a guilty verdict.  If that happens, Trump will remain a fixture within the GOP for years to come.  He may run for President again but will surely seek revenge on disloyal politicians by seeking to “primary” them, while supporting GOP candidates loyal to him alone. By all accounts from GOP legislators who are in a position to know, the vast majority of their Republican colleagues would prefer to be free of Trump, but are afraid that by voting for conviction, Trump’s unwavering 3o% base, virtually 75% of all Republican voters, would turn against them.  Worse yet, if Trump is found not guilty, he may run for office again and if not within the GOP, he has already begun murmuring that he will start his own party if need be. The MAGA party or the Patriot party are names already being considered.

Now, certainly the GOP must realize that Trump’s 30% base is alone not enough to win an election.  If Trump peels off even a portion of the 30% he commands, it will cripple the GOP’s ability to win a Presidential election and the GOP will be perpetually defeated.  Trump will become the self-anointed Ross Perot, or Ralph Nader of the GOP, a third party spoiler, acting not altruistically but with spitefulness, a result of his rather fragile, bruised ego.  Neither Trump’s party nor the GOP will have enough support to win, therefore as it currently stands, the only thing standing between the total annihilation of the GOP and the resurrection of Trumpism are the Senate Democrats and a handful of Republicans willing to convict. How’s that for a paradox?

If conservatism was simply a philosophic political ideology, and not a punitive obstructionist process, the ideas and values it represents have merit enough to act as a balance in enacting good legislation for the American people.  Nothing is ever perfect, but conservative principles such as fiscal responsibility, deficit management, the size of government are purist ideals long subverted by work-arounds like privatization, and tax schemes that function like “bait and switch” marketing in big box stores.  No, there is something there worth saving.  Can we not have ideological disagreements without resorting to scorched earth tactics? Simple truth is, the Democrats cannot do it alone.

The second possible verdict is that Trump is guilty.

This verdict would allow for the possibility that the Republican party may heal itself and return to the values it once represented. It would allow for the next step, a vote that would bar Trump from ever holding a federal office again, cut his perpetual secret service detail, and end his $200,000 yearly pension.    How’s that for fiscal responsibility?

If only Republicans understood the consequences of playing “the short game.”