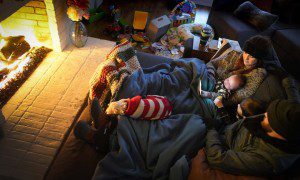 You cannot be unaware of the severe weather crisis Texans are living through.  It began with power outages for four million Texans leaving them without electricity and heat, and has progressed to rolling power blackouts, three hours on and eight hours off.  Without electricity, they are cut off from the news and their cellphones are mere paperweights.

It is the fourth day of freezing temperatures.  It is as cold in many a Texas home as outside it. Freezing pipes are bursting, forming huge icicles hanging from light fixtures and chandeliers and ice-rink floors throughout.  Water must be boiled to be consumed and bathing is nigh impossible.  People stand in lines, hundreds long, waiting for hours in freezing temperatures just to enter a darkened grocery store to peruse the largely empty shelves using flashlights. Streets are unplowed and unsalted.  Driving without snow tires is dangerous and risky.

As Texans burn furniture and wooden fences for heat, fingers are being pointed in many directions.  Rick Perry blames the failure of the wind turbines to function in freezing weather and claims this disaster is the consequence of the Green New Deal, a shameful attempt to make political hay at the expense of his fellow Texans when the sun is not shining.  But consider this:  The Green New Deal is but a proposal, not active policy, and has no bearing on the downturn in Texas weather.  And looking north towards Iowa, clear-eyed observers can readily see their wind turbines operate at 100% in the coldest weather.  No, these excuses are mere deflection for his failures as former Texas Governor and his ridiculous appointment as Trump Energy Czar, Secretary of Energy, the man who in a debate with Trump could not remember the name of the very department he would eventually preside over, leaving one to wonder just how did Texas, the largest U.S. producer of oil and natural gas fail so miserably?

No, the Texas disaster is the logical consequence of the misapplication of conservative policy principles regarding big government, deregulation, privatization, climate change and tight purse-string management that directly resulted from the deregulations instituted by Rick Perry as Governor of Texas, allowing ERCOT, the Electric Reliability Council of Texas which manages the state’s power grid and is overseen by the Public Utility Commission of Texas whose members are appointed by the state’s governor, to favor profits over service.

Texas is an energy island and in order to avoid regulation by the Federal Government, does not share energy with the other 47 contiguous states who support each other through the management of the two major electrical grids overseen by FERC, the Federal Energy Regulatory Commission.

Thus, in so doing, the winterization of Texas’s facilities–power plants and turbines–was ignored and maintenance was reduced for increased short-term profit.

After several power plants shut down due to the below-freezing temperatures, ERCOT was caught with their pants down, so to minimize their failure turned off power to millions of customers, admitting they faced shutting down power or risking a collapse of the grid altogether because their equipment could not handle the extreme temperatures.  In truth,  Texas’s energy market incentivizes cheap prices at the cost of delaying maintenance and improving power plants. In 2011, the state experienced similar blackouts as the rolling blackouts today.  Following those blackouts, FERC gave a series of recommendations to ERCOT to prevent future blackouts, including increasing reserve levels and weatherizing facilities to protect them from cold weather.  Nevertheless, ERCOT disregarded those warnings and limped along on underinvestment and neglect until it all came home in disastrous fashion.

I have often thought that given enough pain, Americans would rise up and demand action, but loud voices are not enough without a focused vote for policy change.  Floods, Tornadoes, Hurricanes, drought, forest fires, extreme heat and extreme cold are all symptoms of something very wrong and quite different from the former lives we enjoyed, excessive consumption without consequence.  Blind ignorance creates false Messiahs.

Get Mobilized and Make Love Go Viral!
Related Topics:disasterErcotFercRick PerryTexasweather
Up Next