Trump defined a new political game, far advanced from old-school mudslinging.  No, he added insults and humiliation, lying and bullying his way through every old-school candidate with his juvenile, schoolyard tactics until he created Trump nation, a body of simple-minded supporters who bought into the notion that Trump was not the anti-Christ, but the true savior.  Marco Rubio may have been the only candidate that tried to take Trump on at his own level and the voters eviscerated him for it.  Why was Little Marco treated so badly and Trump hailed so boldly? After all, this was a big dick contest from the start. Marco knew that and called him out but he was no match for Mr. Counterpunch.

And so, after the election the many stunned GOP losers circled the wagons to lick their wounds and all too readily, happily donned their “I’m with Stupid” T-shirts and went off in search of the promised land of their new savior, the Great America they once knew, the dream of a false prophet, while the Democrats were left reeling, trying to craft a new antidote for the ever-mutating virus.  But no one thought to attack Trump on his home turf, to use Trump tactics to de-fang the beast, meet him head on and counterpunch his counterpunch ten times harder.  No, they were all playing the game by the old rules, ever respectful, trying to maintain the high ground.  Unlike Obama, who was alone in the ability to do so because he never wandered from the high ground, they had already been tainted long before stepping up to the plate to take a few practice swings. Too late, they had already relinquished the moral high ground.  They were not pure.  They were vulnerable. Even Obama did not realize how truly unique he was. Bernie or Elizabeth might have been able to don his mantle, but they were not allowed to.  It was not their time.  It was not their turn.  The battle was to be fought on a different playing field, one the Democrats thought would be an easy win with a middle of the road corporatist candidate, everything that Trump railed against but secretly embraced.

Now with the release of his new book, James Comey steps in as a pinch-hitter and swings for the fences.  He embraces Trump’s tactics and agrees to take him on with 10x counterpunches.  Finally, someone who understands Trump faces him head-on.  But already, the media swarms around Comey like flies around dead meat, emphasizing his style as untoward that of the formerly pristine reputation garnered by a career straight-shooter who had made a single mistake but had always known how to tow the line and had now crossed it. So what, if it’s revenge served cold?  So what, if it’s the absolute truth? The media attacked the messenger as if he had departed his earthly body to inhabit Bizarro world without a license. 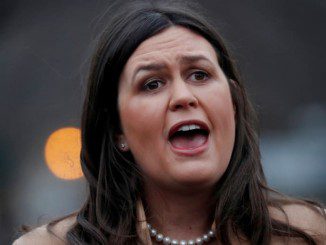 Bennies and a Rabies Shot

Make Love Go Viral! Since the very day the republic was founded, the process of impeachment has never resulted in a conviction. The Senate is the body that tries an impeachment case that is referred […]

Make Love Go Viral! Our societies are facing multiple interconnected challenges, which include climate emergency, an unprecedented loss of biodiversity, growing inequality and plastic pollution. What connects these challenges is the underlying capitalist economic model, […]

Make Love Go Viral! In an interdependent world, we connect with and bump against each other in every action we take. How we manage to keep peace in this storm of interactivity is a question […]