A note from Mobilized’s Creative Director: I first met Sir George Martin at a party for Pete Towshend at Sardi’s in New York….it was an event for the Special Olympics, I think.  As I’m speaking with a friend, she taps me on the shoulder and says “Oh, George Martin is here!” to which I thought to myself, “Ah, the Father of God!”

I wanted to say hi to the man whose magnificent productions we grew up with.  Our first conversation was a quick one.

Me: “There are two words I have wanted to say to you for over thirty years!”

George Martin: “And they are?”

He tapped me on the shoulder, said “Thank You” and we went our separate ways.

I felt, maybe people from other walks of life, outside of music, production and the arts could take a little advice from the master of sound, the man who shaped so many wonderful songs from  The Beatles.

Over the course of the next several months, we plan to find a way to share the inspirations of innovators and inventors from all walks of life. But for now…..

It was certainly a very different time, there is much we just didn’t have in the ways of technology. In this interview from fifteen years ago, producer George Martin speaks of why too much technology stifles creativity….as well as where some of the ideas come from. Inspirations that can inspire anyone, anywhere, anytime, no matter the field one works in.

“I think that learning how to make change in anything is important, whether  you make cars or records. You will find that a person will be doing a better  job when they learn their craft before they attempt to work at it, and don’t  bullshit people. Don’t pretend you know something prior to doing it. Have  confidence. You have to have confidence or people will walk all over you.”

George Martin has produced the Beatles, America, Jeff Beck, The Mahavishnu Orchestra and even Peter Sellers’ comedy records. He is much more than a “producer’s producer” but he not only is able to extract  the very best best out of the artists he works with, he’s humble too. Maybe it comes from confidence, having the knowledge of the instruments of the orchestra, how they work both  individually as well as together.

But with confidence comes conviction. The sheer and utter faith in one’s  ability to shape sound. In this brief yet informative conversation, we spoke  with George from his home in England, where he assured us that a great  recording should always start with a great song, and that despite the  unfortunate situations of our creative industries being taken over by  marketing companies and non-creative corporate conglomerates, a great song  will last forever.

In the early part of the 1960’s, a young music manager named Brian Epstein  was contracted by four musicians from Liverpool to secure

them a record  deal.  While just about every record company he spoke with passed on the  band, it took incredible persistence for Epstein to continue pursuing a dream that would go down in the history books forever.

Essentially, it was the creation of a very special team that enabled the  Beatles to become as big as they became, and, while the time was ripe for  such a band to succeed, it’s doubtful something like this could ever happen  again, as if there was only one time in the history of the Universe where these stars would unite.

Brian had the vision to solicit the attention and support of an EMI staff  producer, George Martin, who, in the past had produced orchestral  soundtracks as well as comics such as Peter Sellers.  Martin’s knowledge of  orchestration—and–most essentially, the relationship between all of the  components of the orchestra enabled him to create the type of records he  produced, and at a time where music technology was starting to grow, they  didn’t have the tools and technology of todays digital studios, instead, they  were forced to create by pulling ‘rabbits out of their hats,’ and invent new  ways of producing records.

While one can find it amazing to listen to their later works, one wonders  what was going on in the mindset of Producer George Martin, what he saw in  the band, and how he empowered them to be better than great, to be the best  they could be.  And considering the lack of technology available to them,  that some of the Magical  Mystery Tour they encountered, was the journey they  made during their recording process.

“First of all, I’ve never really experienced dealing with people who don’t  have a musical education, ” Martin said from his home in England.    “But  having said that, there are some very successful record producers who just  are not great musicians. But I think that it is an enormous help to be a  musician and to know what the guys in the studio have to do, to have some  experience in knowing what they go through. It is definitely an asset to  know the terrors and the difficulties that a musician goes through so you  can understand how to handle them. I think there are so many facets to being  a record producer that are important. It is like teaching in a way. I  started out as a musician and I got involved in the recording business by  chance. 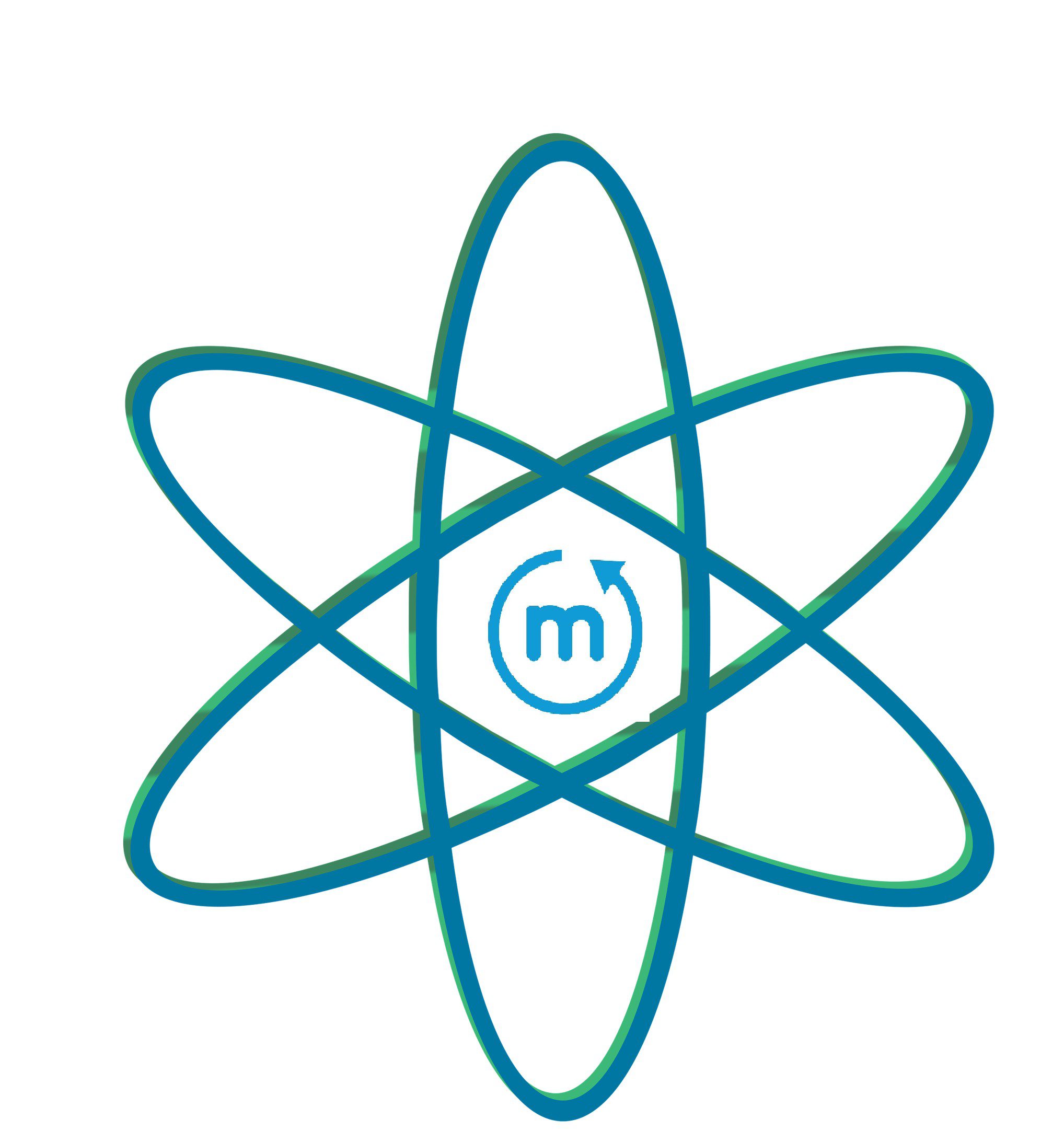 “I really wanted to write music for films. Orchestrating music was very  important to me. In regards to the studio business, I did realize that I had  the ability to get the best out of people and making them better if I hadn’t  known them. I think that a producer has to look inside the person and say  “what is there that I need to get out of them and how to get them to release  it?” You got to get inside the person. Each artist is very different. There  is a lot of psychology in it. I learned that diplomacy and tact were  important when I really didn’t have those attributes and made a few mistakes. Then the ability to shape music and know what will appeal so you  can take a bit of raw material and shape it knowing that it is good the way  it already is, however it could be better if we did something with it.”

But then is it a producers main job to continually ask the questions “What  if?” during the process?  Is asking questions an essential part of  production?

“Yes, of course,” he admits.  ” You see, that is one of the problems today. Technology has been getting more sophisticated and clever and more  complicated with each day that goes by instead of years, and it is quite  mind-boggling what you can do with it.. It’s a far cry from where I started  when you had to do everything by the seat of your pants and some rubber  bands, mast tape and sealing wax. Now everything is right in front of you  and available for a price and because of that, it is really easy, given the tools, to produce first class sounds, and you can create a song that doesn’t  sound wonderful, in a back room. This stifles creativity because you don’t  have to work for it, it’s already there! When you’re hungry and you have to  work hard for something, you can be more creative than when something is  handed to you on a plate. Technology has helped music and creation, but we  shouldn’t abuse technology.”

But as someone who has spent a lifetime within the trenches of the music  industry, one wonders what qualities are needed in order to fully develop  talent, or to develop the creativity of another person, even if they’re not  in the creative fields.

“The record industry is very different today. The people who actually run  the record companies today don’t make records. They are marketers. They take  the product off the street while the producers are finding the talent. It’s  rather like comparing it to Hollywood when you had great studios and talent and now you have nothing  more than finance companies organizing and buying independent films and  projects. I guess I was lucky in a way because timing is everything and I came into the business at a very important time when the recording changes  were coming out of mechanical into the electrical into electronic and Stereo  was coming in and people were getting sophisticated in their thinking, but  it wasn’t too sophisticated. When people say to me “I can’t believe that you  made that record on a four track” I say that it was an advantage because  having the constraints that you had, you had to work  through it, you had to  work harder, you had to think more to get the effects you wanted. I feel  that having the constraints really helped me in many ways.”

Other than the constraints that faced him, it was essential for him to have  a full music background.  And sometimes it takes a little creative  ‘borrowing’ of ideas from another source in order to fully realize the shape   of something new to come. For example, the string arrangements of “Eleanor  Rigby.”

“”The production and the scoring are two separate things. But my role model  for that was Bernard Hermann who did the scores for Alfred Hitchcock. He was  a great film score. I got the idea for the jagged strings from, I think,  Fahrenheit 451. And it was very, very effective. Also the harmonies that  Paul gave me gave me a bit of Benjamin Britten.”

What can a person in any field of work or industry learn from the creative  alchemy of George Martin?

“I think that learning how to make change in anything is important, whether  you make cars or records. You will find that a person will be doing a better  job when they learn their craft before they attempt to work at it, and don’t  bullshit people. Don’t pretend you know something prior to doing it. Have  confidence. You have to have confidence or people will walk all over you.”