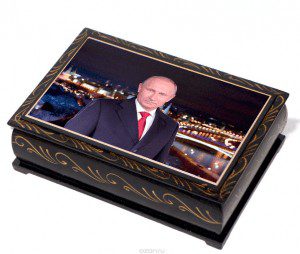 The last few days are heady times indeed.  It’s hard to say which has moved me more, the Karmic justice evident upon learning that the dark prince, Nosferatu’s evil twin, Steven Miller, has contracted the super-virus or the outpouring of love I have been getting in response to my Facebook posts and WordPress blogs.  It seems that all three of my friends and both of my followers have initiated a response to my recent works that has gone viral on the internet, with far reaching consequences.  People I do not know and have never met, famous people even, have reached out to me with letters of support and extravagant gifts.

For example, Crown Prince Mohammad Bin Salman has made a concerted effort to express his extreme pleasure with my humble journalistic efforts by offering me a guided tour of the Saudi embassy in Washington D.C. Not to be outdone, a cryptic offer from the Turkish ambassador to the US of the “use” of their embassy should the Saudi’s be unavailable somehow found its way into that conversation. Go figure?

Oh, and the ever-magnanimous Kayleigh McEnany sent me a complimentary redeemable coupon to Mr. Toad’s Wild Ride that she was unable to use herself in view of her condition.

Even Vladimir Putin, all the way over there in mysterious Russia, went to great lengths by sending an extravagant gift box overnight, how thoughtful.   It contained some very useful items: pain-killing throat spray, a Rizen-flavored drink additive (whatever that is?), a limited edition bottle of GRU brand cologne, five pounds of concentrated testicle talcum and a tube of “Invisible Man” tanning lotion that I can only liken to a wax for no-wax floors.

Kim Jong Un responded by writing the kindest love letter.  Bless his warm fatty heart, but I was most surprised by the email I received from the old folks at AARP who went on to say, “ So what if Covid comes along and kills a bunch of old people who don’t take care of themselves.  Shutting down the country is a stupid idea. Keep up the good work and just think of the old people we represent as collateral damage.”  Wow!  That takes off a lot of pressure,  though I have to wonder if they were just being sarcastic.