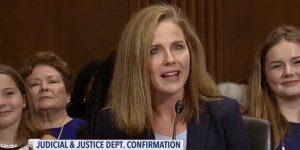 The new era of American politics requires those wishing to join it or who’s desire is to continue participating in it, to gather votes, as many votes as possible, regardless of where they come from. A vote is a vote is a vote. The vote of a white supremacist carries as much weight as the vote of a liberal socialist, so to win a campaign or an election, the path forward is simple—locate that portion of the demographics where the most votes subside and then pander to it with an all-out ferocity.
Seizing power and exercising power are very separate skills and require very different techniques, but to be sure, both require subversion. The power of the American system of democracy was meant to reside in the will of the people, not in any one person, so it is both stressful and divisive to witness the subversive management style of the Trump administration, rotten from head to toe. If you’re a Trumper, I know I am not going to change any minds, and if you’re anti-Trump, then we don’t need to regurgitate his many transgressions, idiocies and crimes.
So let’s all get a level head and try to take a meaningful look at a current problem we all share and try get some perspective on it without running to our respective political corners–the nomination coming today of Amy Coney Barrett.
I like most, know very little about Ms. Barrett. Apparently she is a devout Catholic, somewhat extreme, as she goes so far as to decry the use of condoms. Really? Even my 96 year-old, dyed-in-the-wool, Italian-American Catholic father would disagree with that. Ah but that is not the issue. No, progressives are in a turmoil regarding women’s reproductive rights and specifically her stance on abortion. But even this is not the central issue we face in her confirmation.
No, the central issue is one of “fair play.” Obama’s nomination, Merrick Garland, was never given a hearing, and his right to appoint a Supreme Court Justice was unjustly deprived him by Mitch McConnell, twisting political rules to meet his own perverted political ends.
Now, Mitch reverses himself and in full-blown, publicly-witnessed, hypocrisy, applies a different standard to Trump’s candidate, with much slimmer reasoning and support than that he used to deny Obama.
The way I see it, the damage was already done when Obama was denied his choice. He was entitled to seat Merrick Garland. Now, had that been the case, any sane person would grant that it is Trump’s right to get his choice and seat Amy Coney Barret. That would only be the right thing. I’m far too progressive to approve of the outcome, but the unfairness existed on the denial to Obama, not the inevitable approval granted to Trump. I could make a case that he was not really elected president, because he cheated to attain it, but it’s not worth the effort. History will eventually bear me out, and it’s an unfortunate procedural outcome that we will all live with the consequences of policy made by a Faux-President, just the same as if he were properly elected. Spilt Milk.
I think we need to wrap our emotional brains around this one and realize that it could be a lot worse. She is after all, a woman, and by all accounts totally qualified, intelligent, experienced and true to her own moral compass. She’s genuine. Yes, we could surely do a lot worse, and we have. Take a look at Clarence Thomas and that beer-swilling crybaby, Brett Kavanaugh, both sexual predators and liars, unfit for the office.
We have only one active choice in this dogfight, and it’s not with Amy Coney Barret. It is said that she is a constitutional “originalist.” This is more or less, the ultimate purity test, and while modern times offer many new challenges, it is nevertheless, reassuring that we will have a justice on the bench who understands the simplicity of a document that has withstood the test of centuries.
Accept, Amy. Gut Mitch, Trump and as many of the parasite hypocrites who follow them in the interest of sweeping up as many votes from their table as they can carry, but are devoid of real policy solutions to meet the needs of the American people, excluding, of course, the super-rich who donate to their campaigns. Vote!
Get Mobilized and Make Love Go Viral!
Related Topics:Amy Coney BarretSupreme CourtTrump
Up Next