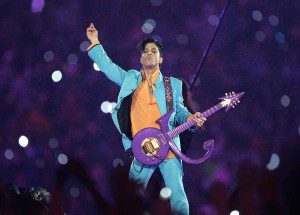 Far be it from me to offer help to the Republican party, but when it comes to Donald Trump we’re all in this together, like it or not.  Trump is the equal opportunity abuser.  His latest…  Trump has sent cease and desist letters to the three campaign-fund raising committees of the party, the RNC, the NRSC and the NRCC, seeking to stop the use of his image and his name in fund raising for the GOP.

Not that Republican leaders have ever demonstrated an astute cognizance of the lessons of history, especially in areas beyond the ideas of Nicolai Machiavelli, and hardly funk music, but let’s just say that when this very problem presented itself to Prince, the young artist outwitted one of the biggest corporate giants in the entertainment industry.

You see, when Warner Brothers and Prince had a parting of the ways over the direction of Prince’s next album, Prince was under an ironclad contract that stated that if he left the label he “could not record under his name or any other name.”  Brutal, huh?  That’s when his true genius rose to the occasion and he invented the much renowned symbol that identified him with his music. For DJs all across the country, he was referred to as the artist formerly known as Prince.

So you see, the simple workaround is to never use the Trump name,  but to refer to him as “Former President,”  “Our beloved 45th President” (theirs not mine), or “Your Commander-in-Chief.” Meanwhile, it has not occurred to the vengeful halfwit that his image and name will be used in Democratic campaigns to rally against everything ugly he represents in the Republican party and he’s powerless to do anything about it.  Freedom of speech still exists, even after his scorched earth attempt to silence the GOP.

Get Mobilized and Make Love Go Viral!
Related Topics:GOPRNCTrump
Up Next